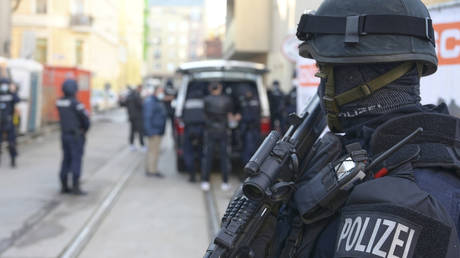 The Austrian authorities have conducted sweeping raids across the country against people with suspected ties to extremist groups. The operation took place a week after a deadly terrorist attack in Vienna.

As part of the action, dubbed Operation Ramses, police searched 60 apartments, houses, and businesses early on Monday morning. The raids were carried out in Vienna and the regions of Styria, Carinthia, and Lower Austria.

The authorities have arrested 30 people with suspected links to the Islamist groups Hamas and the Muslim Brotherhood. According to the prosecutor’s office in the city of Graz, more than 70 suspects are being investigated for possible ties to terrorist organizations.

“We have succeeded in striking against the breeding ground for extremism,” Interior Minister Karl Nehammer told reporters after the raids.

Education Minister Susanne Raab said the action against the Muslim Brotherhood was aimed at preventing “the spread of extremist ideas in Austria,” and showed that the country is “serious about the fight against radical, extremist ideologies.”


The prosecutor’s office clarified that Monday’s raids had “no connection” with the terrorist attack in Vienna last week. On November 2, a gunman killed four people in the Austrian capital before being shot dead by police. The perpetrator was a 20-year-old man of Albanian origin and an Islamic State (IS, formerly ISIS) sympathizer who had previously been convicted for trying to join the militants in Syria.

Sixteen people were arrested in Austria immediately after the attack. Similar raids were carried out in neighboring Germany and Switzerland, where police detained several people with links to the perpetrator in the Vienna shooting.