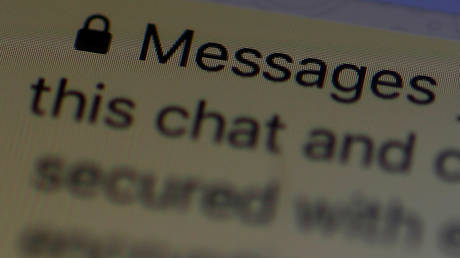 In the wake of the Vienna terrorist attack, the EU may ban a type of encryption that makes communications nearly impossible to snoop on, an Austrian broadcaster has reported. Actually, this has been in the works for years.

End-to-end encryption (E2EE) protects communications between two devices from eavesdropping by a third party, even if the snooper intercepts the message. Popular Services like WhatsApp, Telegram or Facebook Messenger use it to protect user privacy.

Austrian public broadcaster ORF reported on Sunday that the EU may soon ban this type of protection, linking the potential policy shift with the recent terrorist attacks in Europe, including in Vienna. It cited a draft document of the Council of the European Union, which member states may approve as soon as this month.

The EU believes that “competent authorities must be able to access data in a lawful and targeted manner,” according to the draft. E2EE makes it “extremely challenging or practically impossible” to see the contents of the communications “despite the fact that the access to such data would be lawful.”

Actually, the document in question has been in the works long before the latest terrorist attacks in Europe, while the issue of undefeatable encryption has been under debate for years. Public perception of encryption gained a boost in the wake of the 2013 revelation by Edward Snowden of mass electronic surveillance by the US and its allies. E2EE helps journalists protect their sources, facilitates anonymous anti-government speech in repressive nations and otherwise serves the goals of freedom.


Of course, it just as easily serves criminals. The rise of Islamic State (IS, formerly ISIS) in Iraq and Syria in 2014 and the spillover of Islamist violence into Europe in the following years propped up the argument that privacy concerns should be sidelined for the sake of public safety. Unsurprisingly, spy agencies on both sides of the Atlantic are among the most vocal proponents of this approach.

With E2EE there is no middle ground — either all communications are protected or all are vulnerable to potential snooping.

The draft cited by ORF is reflective of what privacy groups see as the EU’s growing willingness to dismantle E2EE in favor of some diluted encryption solution. The tech companies so far have resisted the push to remove E2EE from their products.

MacOS Big Sur compatibility: Does your computer make the list?