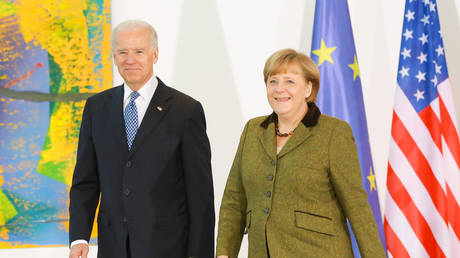 Germany’s foreign minister foresees ‘many new opportunities’ for cooperation with the United States after Joe Biden declared victory in the presidential election.

Heiko Maas was speaking about how the country expects relations with the United States to be a lot “better” following former vice president Joe Biden’s declaration of victory in the 2020 presidential election.

Maas described how Berlin’s relationship with Washington became strained under the Trump administration, as the president made changes to the transatlantic partnership and criticized Germany, particularly over defense spending.


While the foreign minister cautioned that the situation would not immediately return to normal, he said the election result presented opportunities for “more cooperation and less conflict on the international stage,” with nations working together to tackle the coronavirus pandemic and fight climate change.

Maas’ comments came after his colleague Peter Altmaier, the minister for economic affairs, said he looked forward to an improvement in trade relations, as the country takes less of an “America first” approach.

On Saturday, German Chancellor Angela Merkel’s office tweeted her congratulations to the president-elect with all her “heart.”

While numerous media outlets called Joe Biden’s election victory and the president-elect delivered a celebratory speech on Saturday, President Trump has refused to recognize the result and has made numerous allegations of voter fraud, questioning the legitimacy of mail-in ballots.