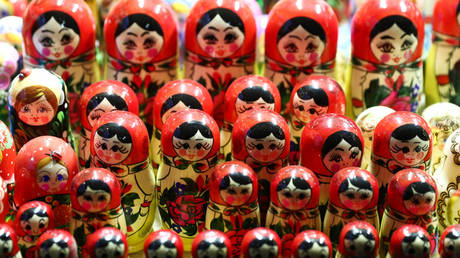 America’s Presidential election is the most acrimonious in living memory. But even before all the votes have been counted, the media is divided on whether the poll is a defeat for Russia, or part of its dastardly masterplan.

As Former Vice President and Democratic candidate Joe Biden declared victory on Saturday, commentators in the US and UK fought over whether President Vladimir Putin would be disappointed with the outcome, or delighted. During the election, Biden had referred to Russia as the “main enemy” of the US and said that President Donald Trump’s entire tenure “has been a gift to Putin.”

Commentators took to Twitter to claim that Trump’s potential defeat was a setback for Putin. Neera Tanden of Democratic Party think tank American Progress wrote that the events were “a defeat of Putin and the forces of illiberalism too.“

This is a defeat of Putin and the forces of illiberalism too.

Tim Walker, a veteran UK journalist from anti-Brexit paper The New European added that for British Prime Minister Boris Johnson, who is thought to have been depending on Trump for closer trade ties, Putin’s is one of “the only shoulders he has left to cry on.”

😢 Poor old Johnson. Bolsonaro, Putin, Erdogan etc about the only shoulders he has left to cry on tonight.

However, others have claimed that the chaos around the contest, which is expected to stretch into weeks of legal action over the result, is a win for the Kremlin. “Two Presidents have emerged as clear winners of the U.S. election. Unfortunately, they’re sitting in Beijing and Moscow” wrote Richard Berry, a financial markets commentator at Goodmoneyguide.com.

Likewise, business magazine Fortune wrote on Wednesday that an “election that confirmed America’s deep societal fissures and which may yet wind up the subject of legal challenges is likely to delight the US’s geopolitical rivals.”

Russia has consistently been portrayed by the US government and in western media as exerting influence over various countries around the globe. US intelligence agencies issued a joint report after the 2016 Presidential contest, in which Trump emerged as the surprise winner, that claimed “President Putin ordered an influence campaign… aimed at the election.”

The Kremlin has strongly denied these allegations, with Putin himself using a joint press conference with Trump in 2018 to reiterate that “the Russian state has never interfered and is not going to interfere into internal American affairs, including the election process.”


This time round, Putin has been careful to avoid publicly taking sides in the Trump-Biden battle, and the Kremlin has even indicated that it sees an opportunity to renew talks over nuclear arms controls under a Biden administration.

The general public in Russia appears to be even less concerned. A poll of 1,000 Russians, published in September, asked whether Trump or Biden was most likely to be beneficial for their country. The most common answer given was that it “does not matter.”

Trump has refused to concede, and it is expected that disputes over battleground states will be settled in the courts over the coming days and weeks.

Biden's stimulus plan for the US: Here's what's in it, including a second check