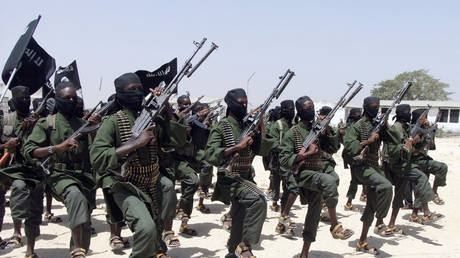 Suspected Islamist militants beheaded scores of people before dismembering the bodies in a barbaric assault in Mozambique. The perpetrators are also believed to have kidnapped several women.

The remains of least 15 boys, who were participating in a male initiation ceremony when the militants struck Muatide village this past weekend, were found among the dead.

“Police learned of the massacre committed by the insurgents through reports of people who found corpses in the woods,” said a police spokesperson in the Mueda district.

“It was possible to count 20 bodies spread over an area of about 500 meters.”

The militants, who are linked to Islamic State (IS, formerly ISIS), reportedly raided a slew of villages in the gas-rich northeastern Cabo Delgado province over the weekend, pillaging them for supplies before burning down homes and disappearing into the bush, kidnapping women and killing anyone who resisted.

Burials for the dead are to be held on Tuesday.


It is the latest massacre in a worsening wave of jihadist violence in the east-African nation, following an attack in April in which 50 young people were slaughtered and decapitated, reportedly for failing to join the Islamists, who are seeking to establish their own caliphate. Nine people were also beheaded in Cabo Delgado earlier this month.

Over 2,000 people have been killed since the insurgency started in 2017, while some 400,000 have been displaced by internal conflict, of whom 10,000 fled to the provincial capital Pemba in the past week alone.

Mozambique’s government has sought international assistance to help fight the insurgency, though human rights groups have accused government forces of committing their own abuses including torture and extra-judicial killings.

The news comes amid growing concerns across Europe and Africa about the resurgence of violent Islamism in recent months, with a number of high profile attacks taking place across both continents.

Also on rt.com
EU mulls Europe-wide ‘imam training’ body to crack down on ‘ideology of hatred’

The incredible Pocketalk Classic mobile translator is on sale for $99