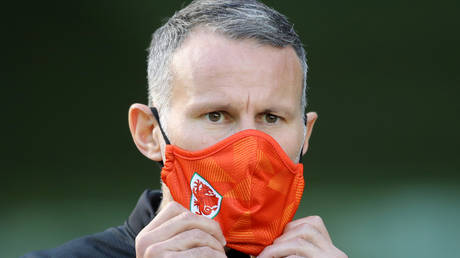 Former Manchester United winger and current Wales national team manager Ryan Giggs – the most decorated player in English football – has been arrested on suspicion of assaulting his girlfriend, according to reports in the UK.

According to The Sun newspaper Giggs had been detained by police in the North of England on suspicion of actual bodily harm and assault, following a disturbance at the player’s home on Sunday allegedly involving his girlfriend Kate Greville.

Officers were called to Giggs’ £1.7million ($2,2 million) home in Worsley, Greater Manchester after reports of a disturbance, after which the former player was arrested on charges of assault, according to local police.

“Police were called at 10.05pm on Sunday to reports of a disturbance. A woman in her 30s sustained minor injuries but did not require any treatment,” a Greater Manchester Police spokesman said, The Sun reported.

“A 46-year-old man was arrested on suspicion of section 47 assault and section 39 common assault.” Giggs was later bailed pending an investigation.

Giggs made over 700 appearances for United in a glittering career which yielded two UEFA Champions League winners’ medals; 13 Premier League trophies, the most of any player; and four FA Cups.


After retiring from playing in 2014 at the age of 40, he moved into coaching, becoming Manchester United interim manager and is currently enjoying a successful tenure as Wales boss begun in 2018, for whom he won 64 international caps during his playing days.

The Football Association of Wales (FAW) released a statement on Monday confirming it was aware of allegations against their manager.

“The FAW is aware of an alleged incident involving the National Team Manager, Ryan Giggs,” the statement read. “The FAW will be making no further comment at this current time.”

It’s not the first time Giggs has landed himself in hot water with his partner. Cardiff-born Giggs made headlines when it was revealed he had conducted an eight year-long affair with the wife of his brother.

Giggs and Kate have allegedly been dating since 2017 following his divorce from wife Stacey.

The 12 best TV shows to watch on Disney Plus