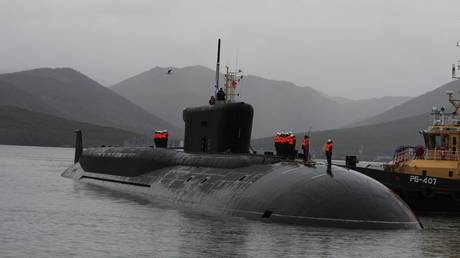 A leading Russian parliamentarian has refuted claims that Japanese military equipment could give the Asian country the edge in a putative war between the two nations.

Alexander Sherin, the Deputy Chairman of the Russian parliament’s Defence Committee, told journalists on Saturday that the analysis, published in the Military Industrial Courier newspaper, was incorrect. “If the Russian Federation has enough political will and determination in its actions, it cannot find itself in a losing situation,” he argued.

The Moscow publication had claimed that Japan’s Mitsubishi F-2 fighter plane, a variant of the American F-35, could give Tokyo the upper hand in any potential conflict in East Asia. It also stated that Russia would likely be the “loser” as Japan has better long-range radar-equipped planes, air-to-air missiles, and opportunities to develop nuclear warheads.

Also on rt.com
New Japanese PM Suga seeks to strengthen alliance with US and support stable ties with China & Russia


Parts of this analysis seem rather unlikely, as Japan, the only country so far in history to have been targeted in an atomic attack, has been staunchly opposed to nuclear warfare and leads campaigns to promote disarmament around the world.

Sherin, a member of the nationalist LDPR political party, added that the government is working to eliminate any potential weaknesses in the Russian Armed Forces. The Kremlin has already made significant investments in upgrading the country’s military hardware, and is expected to roll out more than 110,000 upgraded AK-12 rifles to soldiers by 2021.


On Wednesday, Russia’s United Aircraft Corporation, formed in 2006 by President Vladimir Putin, announced successful trials of a “deeply modernized” variant of the most powerful air force engine ever produced. It powers the Tu-160, a strategic bomber, which, according to RIA Novosti, is “equipped with new flight and navigation equipment, an onboard communications system, modernized control system, radar, and electronic countermeasures system.”

Japan has formally been a disarmed nation since the end of the Second World War as a result of Article 9 of its constitution, drafted in 1947 during the US occupation of the country. The provision bars Tokyo from maintaining standing armies, as well as having a navy or an air force. However, in recent years, Japan has chosen to interpret the Article loosely, expanding its ‘Self Defence Forces’ to include a quarter of a million troops.

Russian and Japanese soldiers last faced off in 1945, as the Soviet Red Army pushed Imperial Japanese forces out of Manchukuo, a puppet state in North-East China that had been occupied since the start of the war.

EU & US must work side by side, Merkel says, as she again congratulates Biden — NY Pilot World News