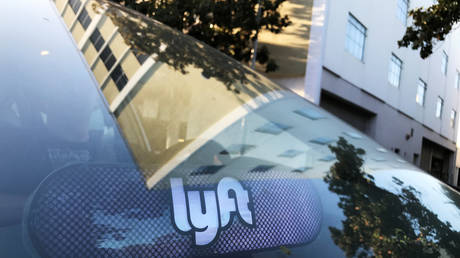 A Portland city commissioner who is pushing to cut millions in funds to police because most 911 calls do not require a police response, ended up calling the cops herself after a Lyft driver tried to kick her out.

Commissioner Jo Ann Hardesty called police during a disagreement over Lyft driver Richmond Frost refusing to roll up his vehicle’s windows, citing Covid-19 guidance. Hardesty stated she was cold, and Frost tried ending the ride and dropping her off, but she refused to leave the vehicle and called the police.

Hardesty told police Frost was trying to drop her off at a “filling station” and said he would call the police if she did not exit the vehicle.

“He says I have to get out of his car or he’s calling the police. So I decided to call for him,” she said.


“Technically, it’s his property and you have a civil agreement. There’s no crimes involved,” the 911 operator replied.

Hardesty said she only called the cops because Frost said he would, and she wanted him to send another Lyft ride. The 911 operator informed her only she can order a ride herself through the app.

Frost later called 911 himself and an officer was sent to the location. Hardesty filed a complaint with Lyft and defended herself to the Portland Tribune, saying she does not call 911 “lightly.”

“I don’t call 911 lightly, but I certainly am not going to do anything that would put my personal safety at risk. I knew that having him call the police would put me in danger. And that’s why I proactively called 911. It’s a lot harder when you are black or brown in America to make that decision,” she said.

Lyft’s response, according to the Daily Mail, was not in Hardesty’s favor, informing her a driver can end a ride for any reason as long as they drop the person off at a safe location.

“Please know that future reports of this nature may lead to additional action being taken on your account,” the company told Hardesty.


The city commissioner may have requested the windows be rolled up, but having them down is encouraged by Lyft as part of their Covid-19 safety precautions for drivers.

“Roll down the windows during trips and / or use the car’s vents to bring in fresh outside air. Avoid using the recirculated air option for the car’s ventilation,” their website states.

Hardesty is currently pushing for $18 million in police funds in the city of Portland to be reallocated.

Today City Council did not vote in support of my amendment to reallocate $18 million from PPB to invest in our communities. My full statement below (Thread) can also be found here: https://t.co/iulR2KwWc6

Today only: Save 20% on a Neato robot vacuum

Could your second stimulus check be bigger if it arrives before the end of 2020?