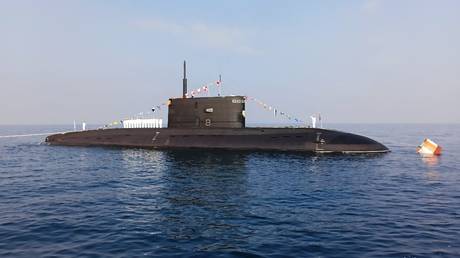 Russia is to build a naval logistics base in northeastern African Sudan, allowing Moscow to keep its nuclear warships on the Red Sea coast. On Wednesday, Prime Minister Mikhail Mishustin approved the draft agreement.

The deal stipulates a maximum of four warships and 300 servicemen can stay in the base at one time, including “naval ships with nuclear propulsion systems.” Once endorsed, the bilateral agreement will enable Russia to use the Sudanese port for repairs and resupply, and in return Khartoum will receive weapons and military equipment free of charge to protect the base.

The Russian ships will be exempt from being inspected.


Judging by the coordinates in the document, the base will be built in the city of Port Sudan, according to Western-funded Russian-language outlet Meduza. The port is Sudan’s main international trade hub, and the largest city on the Red Sea coast.

This latest agreement between the two nations is not the first in recent times. In 2017, then-President of Sudan Omar al-Bashir agreed a deal with Moscow to speed up the modernization of Sudanese forces. Two years later, after a military coup ousted al-Bashir, a 7-year contract of military cooperation came into force.

Walmart site goes down as PS5 orders go up

Unfortunately, not everyone will get a second stimulus check. Here's what we know