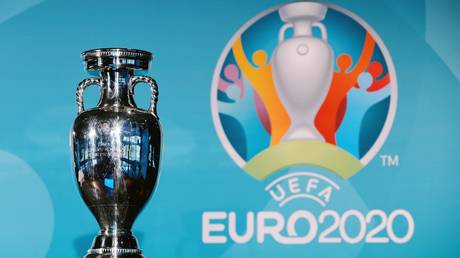 According to a report from French publication Le Parisien, UEFA are considering Russia as a potential sole host of next summer’s European Championships after ditching the concept for the tournament to be held in various countries.

With the Euros delayed by 12 months due to the onset of the COVID-19 pandemic earlier this year, Le Parisien reports that the tournament will now not be held across 12 different European countries, as Michel Platini had initially envisaged, after it was determined that planning for such an ambitious tournament would be impossible given the patchwork of various restrictions placed upon various countries due to the ongoing health crisis.

Also on rt.com
‘We are concerned about the situation’: UEFA president Aleksander Ceferin says number of Euro 2020 hosts might be REDUCED


The newspaper reports that Russia is being considered as the prime candidate to host the tournament next summer, and this is due to a variety of reasons.

Firstly, the country has a relatively low COVID-19 infection rate throughout the first nine months of the pandemic – recording around 29,000 deaths from 1.6 million cases – raising hopes that the tournament could be conducted in as safe an environment as possible.

Additionally, Russia has retained the infrastructure that was created to host the 2018 FIFA World Cup and has a proven track record of hosting high-profile international tournaments and sporting events.

UEFA, however, had refused to reveal their hand regarding any potential changes to next summer’s Championships and have said that they will not rush into any decisions at this stage – but when contacted by Le Parisien, Alexey Sorokin, a member of UEFA’s executive committee and an official involved in Russia’s hosting of the World Cup in 2018, has denied any knowledge of Russia preparing to host the tournament.

Also on rt.com
UEFA Euro 2020 POSTPONED to 2021 due to coronavirus pandemic


“I don’t know anything about this,” he said when contacted by Le Parisien for comment. Sorokin remains a part of the committee organizing matches taking place in St. Petersburg as part of the original Euro 2021 tournament structure.

Azerbaijan was another country reported to have been considered as a host, but that is currently looking unlikely due to the country’s ongoing conflict with Armenia.