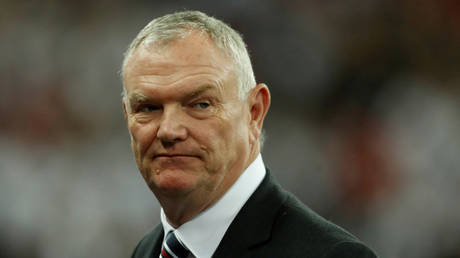 English Football Association chairman Greg Clarke has been sent packing for his ‘colored footballers’ remark, but the FA should be careful and considered in appointing their next boss, rather than pandering to knee-jerk reactions.

By the end of his ill-fated chat with a panel of MPs, Clarke found himself accused of every imaginable slur: racist, homophobic, misogynistic – all were labels slung Clarke’s way.

The speed with which Clarke was dispensed – later issuing a groveling apology and announcing he was stepping down from the FA role he has held since 2016 – was rapid, even by today’s quick-draw cancel culture standards.

Based on the backlash and vitriol that ensued in UK media circles, you’d be forgiven for thinking that Clarke was guilty of one of the most shocking racist diatribes in recent memory.

His reference to ‘colored footballers’ was seized upon, as were remarks that being gay was ‘a life choice’. He was accused of ‘lazy racial stereotyping’ for saying that “South Asians and Afro-Caribbeans have different career interests.”

Any further examination of the full context in which Clarke’s comments were made would reveal more sympathetic sentiments behind them, but substance is rarely on the agenda these days – instead it was Clarke’s linguistic missteps which were amplified.

“I’m a product of working overseas. I worked in the USA for many years, where I was required to use the phrase people of color. Sometimes I trip over my words,” Clarke would later explain in a vain attempt to apologize for his ‘colored footballers’ remark.

But he was already being hung out to dry, and the press pack had its full set of ‘Greg Clarke bigot bingo cards’.

It was a brave dissenter who attempted to stand in the way of the media stampede for Clarke to go. Indeed, in the current climate it was unlikely anyone would go into bat for a 63-year-old privileged white man in a blazer.

In their report, the BBC saw fit to add an “offensive language” warning at the top of their report, as if bracing readers for an Enoch Powell-style diatribe in the paragraphs that ensued.

Never one to miss a trick, Piers Morgan labelled Clarke’s comments as being “stuff from Apartheid South Africa”.

But accompanying the opprobrium was something equally worthy of examination, namely the knee-jerk clamor for the FA to make a “more diverse and inclusive” appointment as its next chairman.

The FA unquestionably needs more diverse representation on its board, which at present is almost exclusively white. Football is a an incredibly diverse sport, and its decision makers should represent that.

But amid the more considered suggestions for the next FA chairman, such as former Chelsea player Paul Elliott, who is currently a board observer but does not have a vote, there were outright unrealistic names being thrown into the mix.

Aluko, however, would likely need to guard her own words more carefully after apologizing earlier in the Covid-19 pandemic when she said the UK government’s furlough scheme had “perpetuated a culture of do-nothing entitlement.”

Given these cancel-happy times, and in light of Clarke’s demise, no such semantic slip-ups can be tolerated by whoever takes up the FA mantle.

As Winter’s remarks showed, skin color suddenly seems to be the most important thing for an FA chairman, rather than credentials.

It should be remembered that the role is still a multi-faceted one packed with executive tedium and no little organizational know-how.

Whether white or a person of color, ability to do the job competently should be paramount.

Ironically for Clarke, he had been praised as an important force in the FA’s diversity drive in recent years, and possibly the most progressive FA chairman ever.

His tenure coincided with a surge in support for the women’s game, as well as major success at the youth levels as England enjoyed World Cup wins at under-17 and under-20 age-group levels. The senior men’s and women’s teams both reached World Cup semi-finals the last time round.

Those successes don’t owe entirely to Clarke, of course, but he is entitled to some credit.

But in reality, before the current crises the knives were already out for Clarke. Earlier this year he came under attack for his role in the ill-fated Project Big Picture, accused of being disingenuous over claims that he had backed away from the controversial plans – which would have handed more power to the Premier League’s ‘Big Six’. Some suggested Clarke’s role was more prominent than he made out.

That saga highlight just how diminished the FA’s role has become since the rise of the all-consuming behemoth that is the Premier League.

The men and women at FA HQ are not the powerbrokers they once were, and have shown scant leadership during the Covid-19 crisis.

Diversity and representation are important, but being clued up on your PC terminology will be of no help when navigating the much bigger tasks facing the organization.

It’s clear that anyone who steps into Clarke’s shoes will have to address the FA’s fundamental role in the nation’s football.

The organization’s next appointment comes at a crucial time, and the FA should do more than just pander to impulsive outrage when selecting their candidate.

Does the Xbox Series X get smoking hot? We use a thermal camera to find out