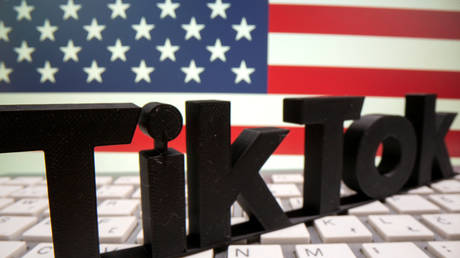 TikTok has said in a statement it is yet to receive a clear approval for its divestment plan from the Trump administration. The app risks being banned in the US if its ownership is not reformed this week.

ByteDance, the Chinese owner of TikTok, has asked a federal appeals court in Washington to stop Trump’s order pushing it to sell off TikTok’s assets in the US by Thursday.

Under Trump’s executive orders, TikTok will effectively be blocked from operating in the US unless it restructures its ownership. The deadline to do this was first set for September 20 and later moved to November 12.

ByteDance eventually agreed to sell stakes in its popular video-sharing app to California-based cloud computing giant Oracle and the Arkansas-based Walmart retail chain. In September, Trump told reporters that he had given his “blessings” to the deal. But TikTok now claims that it still has not gotten a green light from the country’s financial regulator, the Committee on Foreign Investment in the United States (CFIUS).

In the nearly two months since the president gave his preliminary approval to our proposal to satisfy those concerns, we have offered detailed solutions to finalize that agreement – but have received no substantive feedback on our extensive data privacy and security framework.

Citing sources, CNBC reported that TikTok has not had “meaningful dialogue” with the CFIUS for weeks leading up to the petition.

Also on rt.com
Huawei battles Sweden’s ‘draconic’ ban as it tries to hold on to European 5G market


The company told the court it had requested a 30-day extension of the deadline to change its ownership scheme, but that was not granted. TikTok stressed in a statement that it was committed to working with the White House “to resolve the issues it has raised,” but said it had to defend its rights and protect more than 1,500 of its employees in the US.

Trump has long claimed that Beijing threatens the US by using apps like TikTok and WeChat, as well as Chinese telecoms giant Huawei, to illegally collect data and to spy on Americans. China has repeatedly denied the allegations.