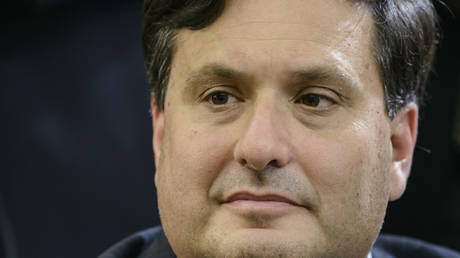 An old tweet by projected President-Elect Joe Biden’s chosen chief of staff Ronald A. Klain, admitting US elections are “rigged,” has stirred the conspiracy theory pot as conservatives rally around Donald Trump’s claims of fraud.

Klain, a former top aide to Biden when he was vice president, replied to a 2014 Vox headline which read: “68% of Americans think elections are rigged.”

“That’s because they are,” the political operative wrote in response.

Unsurprisingly, Klain’s tweet attracted plenty of attention from angry Trump supporters, who immediately used it as proof of Trump’s argument that the election was rigged against him.

“Even Biden’s Chief of Staff knows elections are rigged,” one person tweeted. “I wonder if this media will ask about this,” pondered another one.

Even Biden’s Chief of Staff knows elections are rigged. 😂🤡🙄. .

Biden’s future Chief of Staff admits elections are rigged. Interesting… I wonder if this media will ask about this. 🤔

I agree @RonaldKlain. We need a full investigation into the rigging of the 2020 Election.

Klain did have plenty of defenders, however, urging other tweeters to actually read the Vox article in full – and saying that, in context, Klain’s tweet didn’t amount to an admission that elections are rigged through voter fraud.

Folks might want to read the actual Vox article in question. “The term “rigged” might go a tad far. The problem here isn’t fraud. In elections, like in so much else, the scandal is what’s legal.”

The probable future chief of staff himself appeared to address the controversy and defend himself on Wednesday evening, retweeting journalist Olivier Knox, who wrote that both Klein and Vox had argued that US elections were “rigged” with regards to incumbents having an “advantage.”

Indeed, the Vox piece was about American voter-suppression systems like gerrymandering – which some claim inherently favors incumbents – and had nothing to do with ballot fraud, which is at the center of Trump’s allegations.