For crypto  enthusiasts speculating to invest in crypto currencies, one top choice of crypto with a quick transaction speed and a recourse to run a master node is Dash. Dash cryptocurrency has not just accidentally gained such a popularity. In fact, today, it is one of the most scalable and convenient digital systems for online payment.

This Dash price prediction will  take you through a detailed Dash coin future possibilities for the year 2020!

What is Dash Coin?

Dash (DASH) is a next-generation cryptocurrency and decentralized autonomous organization (DAO).  The cryptocurrency forked from the Bitcoin protocol. The system of master nodes regulates the administration on Dash blockchain. Also, it conserves the security of blockchain and votes on how the funds earned by the Dash treasury are spent.

DASH was launched in 2014 mainly to guarantee the privacy and safety of users. It has earned itself a spot among the top 15 cryptocurrencies in the crypto market and has a daily volume of around $600 million.

DASH is currently changing hands at $77.91. This results from a 5% negative price change which occurred within the last 24 hours.

The top cryptocurrency crashed steeply within a few minutes of a sudden bearish trend and touched a bottom of $77.29 amid a strong intraday price swing. The highest point reached up till the present time was attained at $81.90.

At the moment, the price of DASH is losing traction against its BTC pair amid hours of bearish momentum. Although the cryptocurrency remains strong against the USD according to the DASH/USD 4-hour chart.

During the historic 2017 bull markets, DASH, just like other cryptocurrencies spiked up by more than 8,000%. This gesture grabbed investors attention. Although the price of Dash at the time of launch was just $0.12, within a few months, its price ascended to trade at $12 during August 2016. Eventually, amid 2017 bull markets, Dash saw a huge rise in its price reaching $109 for 1 DASH. With 2017 coming to an end, 1 DASH was sold at $1494.

During 2018, the Dash price decreased from $1300 to $80, also, the market capitalization decreased from $12 BLN to $600 MLN. In April 2019, DASH again saw an uptrend at $133. The Dash community is again gradually developing and reaching large volumes.

In 2017, along with all other coins enjoying their green days, DASH was also experiencing a good uptrend. The coin started the year with just $23 which saw continuous growth the whole year reaching the highest value of $1,508 by the end of 2017.

The top cryptocurrency underwent a lack of volume on exchanges which saw prices crashed below critical points.

Although the Dash coin made a grand entry in 2018 with its price being consistent at $1,036, the Dash coin found it difficult to hold on to it. As days passed by, the price also decreased drastically to $80 by the end of 2018.

Furthermore, as 2019 started the cryptocurrency did not see much fluctuations. It was gradually trading at $100-$170 till date. Although Dash coin has seen so much of ups and downs, the currency has quite good potential to make its way in the top 10’s very soon.

Dash coin started the year on a bearish note. The popular cryptocurrency was trading around $35 as at the 12th day of January, 2020. As the market matures into the middle of the first quarter, Dash, around February, spiked by up to 300% to record the year-till-date (YTD) All-time-high (ATH) price of around $132.

His was followed by a series of short bear markets which crashed the price back to around 280% in Mid March. Although by the end of the first quarter, in March, the price had resurrected and made a little gain. At the time, the cryptocurrency began to change hands at $75 per unit.

This is where things stand until now. Dash has found a safe haven. It is because the price of Dash did not have any significant leaps since December 2018. The highest mark of the financial year of the coin is around $500 USD per coin.

This expected price can be reached in a year without second wave of cryptocurrency hype. With the 2020 year end, the price was predicted to reach $100 USD. The coin could also be trading at $111 USD by the end of December.

The year 2021 looks very positive for the price of Dash coin. The team is establishing partnerships with payment systems and with small and large businesses. No doubt an easy-to-use cryptocurrency is good, it is more awesome when it is easy to spend.

Dash has established a fast reliable network and works with user experience of the product. These features can help the dash coin gain much higher price of $2,000 per coin.

In case of optimistic scenario, the price may skyrocket to $8000 by 2025. The Dash Labs Development, a strong team of developers and a positive news background around this blockchain project will give hope for the return to the top-10 by market capitalization. Also, new partnerships and the expansion of the geography of Dash payments is expected.

Although this digital asset is quite far from the leader with respect to its market capitalization, its unique network architecture, high-speed transactions, complete anonymity, and security will make the Dash coin as one of the market leaders in future.

We at Coinpedia predict that DASH will outperform in the long term. We expect that the Dash coin price will reach a greater heights of $150 by the end of 2020. While it will maintain the same stability for a certain period of time, DASH coin price is predicted to be close to $1100 by the end of 2021. Predicting a long-term future for Dash coin, the price may reach $5000 in the next five years.

Depending on the fact that crypto market conditions are varying, and private investors have rethought their approach to buying cryptocurrencies, Dash will probably see great success.

Smartereum: The Dash coin price prediction is quite positive on Dash. As per their prediction, the price of Dash coin will reach up to $5000 in the next 5 years.

Wallet Investor: Wallet Investor is not expecting much success from Dash. According to them, the DASH coin price by more than 4x & reach $22 by end of 2020.

According to a tweeter update today, five branches of the Austrian Chain Drugstores.at now accept BTC/Dash payments in Gmunden, Amstetten, Steyr, Wels and Vöcklabruck now accept #Bitcoin, #Dash and other #cryptocurrencies as a payment method. This is made possible by the @salamantex payment terminal:

Dash Electrum is now available on google play. This app is an easy-to-use Dash patron based on Electrum. Dash Electrum aims to protect users from losing coins in case they  lose their backup or sustain computer faults. This is made possible because the wallet can be recovered from a secret phrase that can be written down on paper or learnt by heart.

Bvnex is a Vietnam cryptocurrency exchange who announced the listing of the Dash coin to its platform. This listing is to foster a trading pair of Dash with Vietnamese Dong.

As per the post release, this new upgrade is mainly for all Masternodes and mostly recommended for all users, exchanges, partners and full node operators.

The Dash convention Europe is a conference to be held in Zurich, Switzerland and Munich, Germany on September 28-30. This conference aims to feature presentations and updates originating from various groups working under Dash Decentralized Autonomous Organization.

Brave Browser Adds Dash as a Deposit and Withdrawal Option

Brave, a Decentralized blockchain-based browser, has added Dash as a cryptocurrency that can be used for transactions on its platform.

It is a privacy-enabled blockchain browser that aims to protect users data, keeping them private as an identity protection measure.

The Brave browser rewards users depending on the amount of time they spend visiting websites. Users are primarily rewarded using the Basic Attention Token (BAT) which is native to the Ethereum-based platform.

2gether is a European payment app that enables users to spend crypto via a Visa debit card.

On this platform, users can buy and sell cryptos using an iOS or Android app, as well as pay for goods and withdraw cash in the ATMs against their crypto holdings.

According to the press release,  dash, an early fork from the bitcoin protocol, “has become the solution in crisis-stricken countries like Venezuela and Thailand, which has prompted greater demand for the coin in the global sphere.”

How Credit Card Consolidation Companies Help With Your Debts 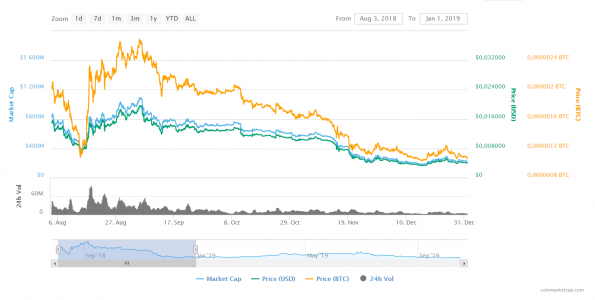 VeChain Price Prediction 2020 – Will The VET Price Gear Up?